The Resurrection Garden > Process of Beatification

Not long after Cardinal Otunga died, members of the faithful who had been profoundly moved by his examples and teachings began to talk openly about him as a “saint.” As the years passed, this conviction grew both spontaneously and increasingly, to the point that the faithful began to ask Archbishop Raphael Ndingi Mwana’a Nzeki to initiate work for launching the beatification process of his predecessor. However, it was decided that, in observance of Church laws, no formal proceeding would be undertaken until five years after his death. 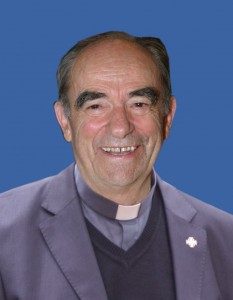 On 6 September 2009, Cardinal Njue appointed Fr. Anthony Bellagamba, a Consolata Missionary, as Postulator of the Cause. On 6 November, Cardinal Njue wrote to the Congregation of Causes of Saints in the Vatican – the papal office responsible for matters of beatification and canonization – to see whether there was on the part of the Holy See any obstacle to the opening of the cause. Four months later, on 1 March 2010, the Prefect, Cardinal Angelo Amato, published the decree Nihil Obstat to signify that the Cause of Beatification and Canonization of Cardinal Otunga could proceed without opposition from the Holy See.

After receiving this decree, Cardinal Njue appointed on 15 May 2010 the members of the Archdiocesan Tribunal who would be responsible for formally interviewing potential witnesses to the life and virtues of the Servant of God Maurice Michael Cardinal Otunga.

On 6 August 2010, Cardinal Njue published the Edict announcing to the faithful of the Archdiocese of Nairobi that the Cause of Beatification and Canonization has been launched. One month later, on 15 September 2010, the members of the Kenya Episcopal Conference gathered in Nakuru for their Ordinary Plenary Assembly overwhelmingly gave their approval (or placet) for the opening of the Beatification and Canonization Cause. 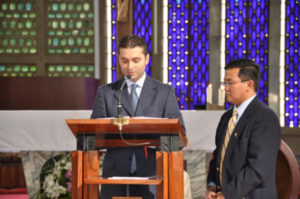 As Dr. Hilgeman is a resident of Rome, he is required by church law to appoint a vice-postulator who would oversee the process in Nairobi. On 2 September 2012, he appointed Bro. Reginald Cruz, a Xaverian Brother and a Lecturer of Church History and Spirituality at Tangaza University College to this position.

Then, Cardinal Njue held the Solemn Opening of the Diocesan Inquiry – also known as the First Session – on 11 November 2011 at Holy Family Basilica. In the twenty-one months that followed, around 160 more witnesses coming from Nairobi, Bungoma, Kisumu, Kisii, Mombasa Kakamega and Homa Bay gave their accounts on the life and virtues of the Servant of God Cardinal Otunga. 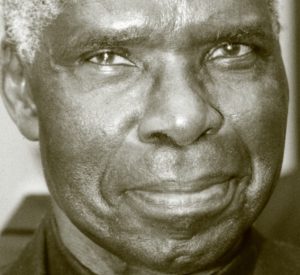 After consulting with members of the Tribunal and the support Committees, Cardinal Njue announced to the faithful of the Archdiocese of Nairobi and of the Catholic Church in Kenya that the Solemn Closing of the Diocesan Inquiry would take place on 28 September 2013. During the Solemn Closing, all the documents gathered for the process were publicly sealed in accordance with the longstanding practice of the Church. All of these documents were sent to Rome to begin the so-called Roman Phase of the process.

In this Roman Phase in the Congregation of Causes of Saints, its officials evaluate the validity of the work of our Archdiocesan Tribunal. If their work is favorably approved, the Postulator and Vice-postulator of the cause are to begin composing the Positio, an extensive biography of the Servant of God, under the supervision of a Vatican official. Once they complete this work, the theologians will study it, and then the cardinals and bishops of the Congregation of Causes of Saints. They will judge whether our beloved Cardinal Otunga had indeed led heroic virtues during his lifetime. 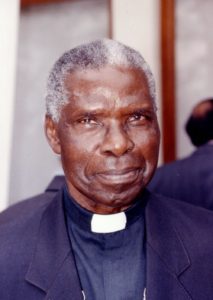 If the votes from both bodies are overwhelmingly positive, the Cardinal Prefect of the Congregation of Causes of Saints will present to the Pope a decree that would recognize the Servant of God having practiced theological, cardinal and other virtues during his lifetime to a heroic degree. Once the Holy Father promulgates the decree, Cardinal Otunga would no longer be called “Servant of God” but would instead be called “Venerable”.