The Resurrection Garden > Our Father Stands 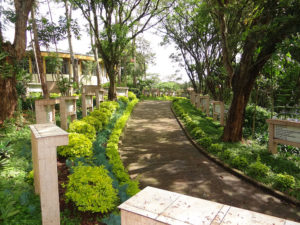 The “Our Father”, known as the “Lord’s prayer”, has been taught by Jesus to his disciples. “It is the summary of the whole Gospel.” (Tertullian) To remind pilgrims of the universal Fatherhood of God and the universal brotherhood of men and women, this prayer has been engraved on marble in 111 languages, from the five continents of the earth: 58 from Africa (of which 18 from Kenya) 8 from the Americas, 24 from Europe, 16 from Asia and 5 from Oceania.

The stands of these prayers were realized by the Raw Construction and they were added with time making up to 111. There is still other space for adding these prayers in more languages of the world. If your language is not included here, you can send the prayer, clearly written (without any grammatical mistake) to the Rector of the Shrine at rector@resurrectiongarden.org. 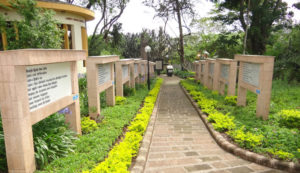