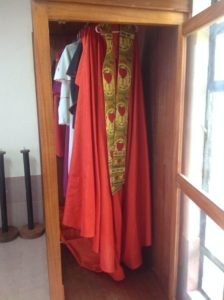 Resurrection Garden, having the mortal remains of the Servant of God Maurice Michael Cardinal Otunga, holds the main relic of the saint to be. It was therefore opportune to host even the other material relics (objects used by a person retained to have been holy) of the Servant of God. These are contained in a small hall next to the Booking Office. Constructed in 2008, the Cardinal Otunga Memorial Hall is not yet open to the Public, but if groups make the request from the Secretary’s office, it is possible to have a guided tour inside the hall.

Basically, the Memorial Hall contains the original objects used by the Servant of God. These include his official clerical vestments as a bishop and cardinal, his religious symbols of Authority like the pastoral staff, his original photo albums, his objects for daily use, many of his photos hanged on the wall, etc. All these make the pilgrims enter the world in which the Servant of God lived. 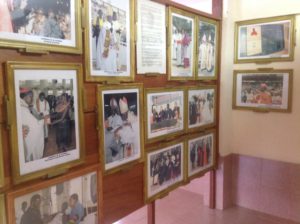