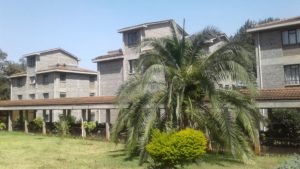 St. Mary Magdalene retreat House started the process of its birth in 1984, when the Servant of God Maurice Michael Cardinal Otunga approached a Consolata missionary Fr. Ottavio Santoro with an idea of constructing the “Way of the Cross” all around the Holy Family Minor Basilica. He needed someone to help him in this project and Fr. Santoro accepted. However, they realized that around the Basilica was not the suitable place, then the Servant of God gave Fr. Santoro permission to look for a suitable place for the “Way of the Cross”. Fr. Santoro bought the first piece of land on 2nd March 1989, today the Resurrection Garden prayer ground.

An Italian architect, Luciano Massetti, came from Rome and gave the first master plan for the “Way of the Cross” considering the space of land available by then.

The idea of what is today the St. Mary Magdalene Retreat House developed slowly after Fr. Santoro learnt that his neighbour Mr. Maina Wanjigi was selling four plots of Land. This land was necessary in order to realize all the future plans that the Massetti plan had and in order to make possible the entrance to the present day Resurrection Garden. He therefore bought these four plots and the deal with Wanjigi was closed in March, 1990. With this space now available, the Massetti revised his plan and a space was created for accommodating the pilgrims who would visit the “Way of the Cross” for prayers. The Massetti plan of May 1992 had foreseen what is today the Retreat house plus the five houses (cottages) down the parking area.

Another Italian Architect Sergio Pollo was appointed to draw the plan for accommodating the pilgrims who visit the “Way of the Cross”. He presented his plan for what is today the Retreat House. An agreement between the Archdiocese of Nairobi and the Raw Construction Company was signed in July 1993 and works started immediately. 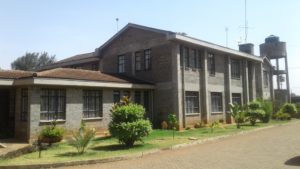 As the constructions were going on, the Servant of God in the meantime opened the “Way of the Cross” on 5th June 1994 giving it the name Resurrection Garden. The Holy Father Pope Saint John Paul II visited the Garden on 19th September 1995.

By 1995, the buildings of the Retreat House were complete and the Servant of God was pressing Fr. Santoro to open the house for the pilgrims. Cardinal Otunga approached Mother Vittoria, the then Superior Delegate of Dimesse Sisters in Kenya asking if they could cooperate in opening the new house which by then had already taken the name St. Mary Magdalene Retreat House. The Dimesse Sisters accepted and started cleaning up the house and ordering it together with Fr. Santoro.

The very first group that was accommodated in November 1995 was of 10 seminarians from the Diocese of Marsabit with their Bishop Rt. Rev. Ambrose Ravasi, IMC. The second group immediately after was of about 40 Salesians. Then, the Dimesse Sisters accepted fully the request of the Cardinal and eventually opened a new community in the Retreat House on 9th January 1996 to be present to serve the pilgrims who needed accommodation. Sr. Raffaella Zanetti was among the pioneer sisters.

On 17th February 1996, an agreement was signed between the Archdiocese of Nairobi and the Dimesse Sisters in which the Dimesse Sisters were entrusted as their missionary apostolate the Resurrection Garden Retreat Centre consisting of St. Mary Magdalene Retreat House plus five small houses (cottages) for those who wish to have a retreat in solitude. 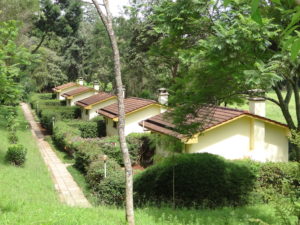